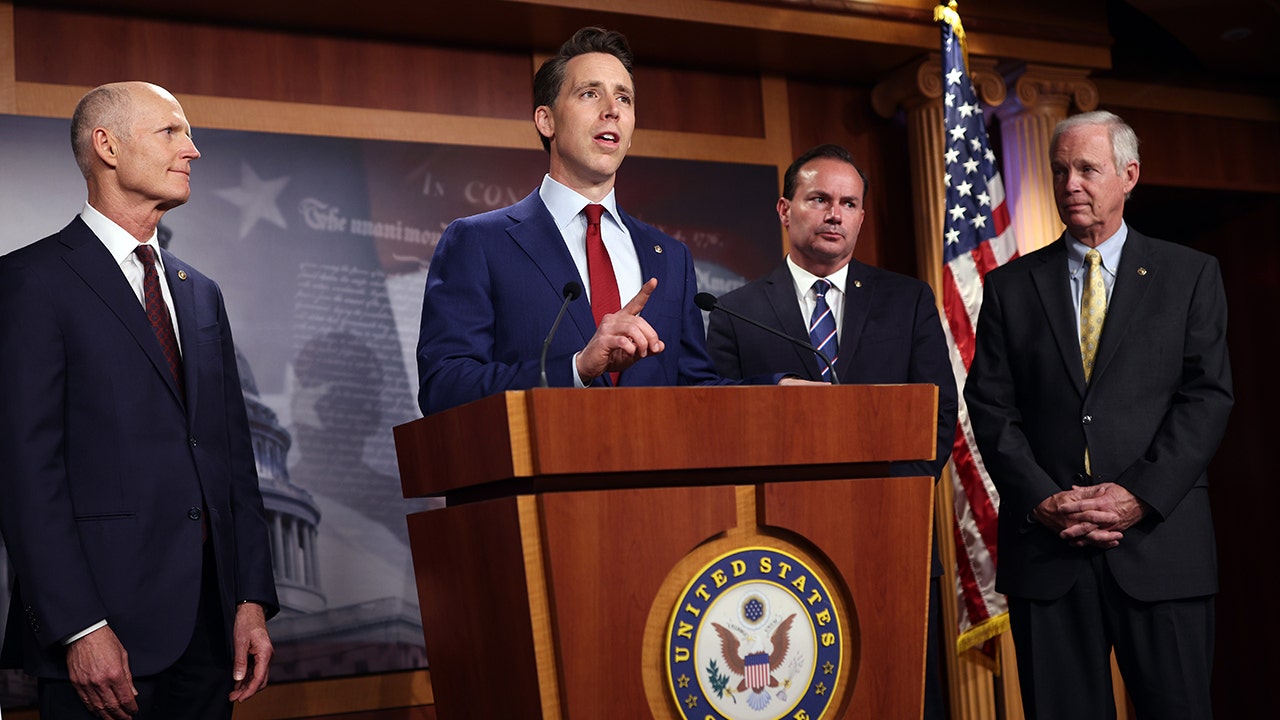 Republicans need to rebrand and “build something new” after they failed to retake a majority in the U.S. Senate or meet general expectations for the 2022 midterm elections, one of the party’s younger members said.

“The old party is dead. Time to bury it. Build something new,” Hawley wrote.

The 42-year-old Missouri Republican is among a younger group of Senate Republicans, who have expressed reservations for or straight opposition to current Republican Senate Leader Mitch McConnell, 82.

Hawley has been vocally critical of the Republican Party after they failed to win in Pennsylvania, where Republican Dr. Mehmet Oz fell short of defeating Senator-elect John Fetterman, and in Arizona, where Sen. Mark Kelly fended off Republican hopeful Blake Masters.

“You can’t expect independent voters to vote Republican unless you give them an agenda they care about,” Hawley added in a tweet on Friday.

The day before, Hawley said the Republican machine “lost big” in the midterms and said their legislative priorities were not being supported by the American people.

“Washington Republicanism lost big Tuesday night. When your ‘agenda’ is cave to Big Pharma on insulin, cave to Schumer on gun control & Green New Deal (‘infrastructure’), and tease changes to Social Security and Medicare, you lose,” he wrote.

He also suggested Republicans failed to present their own ideas and initiatives to voters and only pointed to failures of the Democratic Party.

“Not enough to say the other side is no good. Have to offer an actual agenda,” he wrote.

Hawley was also among a group of Republicans, joined by Sens. Marco Rubio, Ted Cruz, Rick Scott, and Cynthia Lummis, who urged the Senate to postpone its leadership election until after the Georgia runoff election with Republican Hershall Walker and Democrat Raphael Warnock.

“The Senate GOP leadership vote next week should be postponed,” Rubio tweeted.

Senate Minority Leader Mitch McConnell, a Republican from Kentucky, walks to the Senate floor at the U.S. Capitol in Washington.
(Eric Lee/Bloomberg via Getty Images)

He added: “First we need to make sure that those who want to lead us are genuinely committed to fighting for the priorities & values of the working Americans (of every background) who gave us big wins in states like Florida.”

“Exactly right. I don’t know why Senate GOP would hold a leadership vote for the next Congress before this election is finished. We have a runoff in #GASenate – are they saying that doesn’t matter? Don’t disenfranchise,” he wrote.

“He is the WORST!” Trump wrote on social media.

Despite calls for a postponement, a Senate GOP aide confirmed to Fox News Digital that the leadership elections will go on as planned. 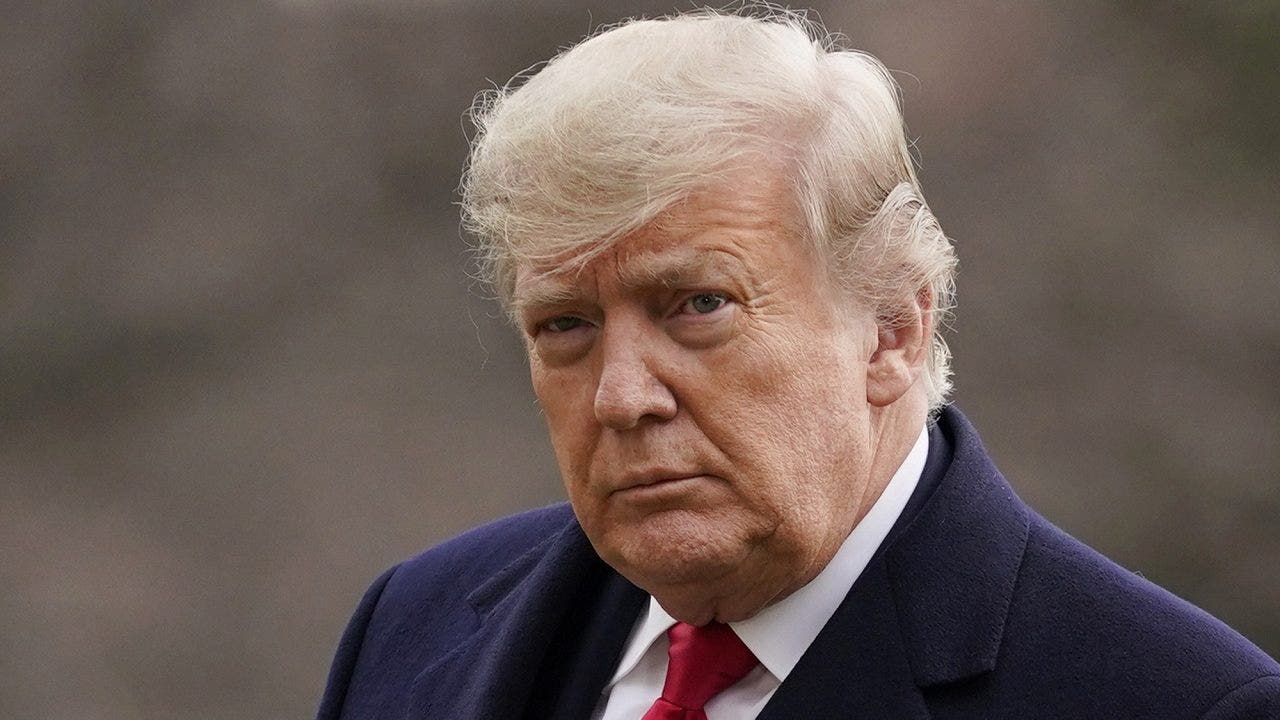 Former President Trump has weighed in on the suspected Chinese spy balloon hovering above the northern United States, calling on President Biden and his administration to “shoot” it down.

“SHOOT DOWN THE BALLOON,” Trump wrote in a Friday morning post to Truth Social.

Trump, who announced last November that he would make a third run for the White House in 2024, is not the only one calling for the Biden administration to take immediate action amid tension with China.

Former South Carolina Gov. Nikki Haley, who is expected to announce her 2024 presidential bid later this month, also called for aggressive action from the Biden administration.

CHINA CONFIRMS BALLOON IS THEIRS, AS SPOKESPERSON CLAIMS IT IS CIVILIAN RESEARCH AIRSHIP

Former President Trump has weighed in on the suspected Chinese spy balloon hovering above the northern United States, calling on President Biden and his administration to “shoot” it down.
(AP Photo/Evan Vucci, File)

“Shoot down the balloon. Cancel Blinken’s trip. Hold China accountable,” Haley wrote in a tweet. “Biden is letting China walk all over us. It’s time to make America strong again.”

The Pentagon addressed the suspected surveillance balloon that was detected over Billings, Montana and said Thursday that while they considered taking down the possible threat, they ultimately decided against any action due to “the risk to safety and security of people on the ground from the possible debris field,” according to Secretary of Defense Lloyd Austin.

“From the spy balloon to the Chinese Communist Party spying on Americans through TikTok to CCP-linked companies buying American farmland, I’m deeply troubled by the constant stream of alarming developments for our national security,” Gov. Greg Gianforte, R-Mont., wrote in a statement addressing the high priority concern.

The suspicious balloon, reportedly the size of three school buses, is currently being tracked by the U.S. government, but Montana lawmakers do not believe the Biden administration is doing enough to combat the potential threat.

Sen. Steve Daines, R-Mont., a fifth generation Montanan, demanded there be a “full security briefing from the administration on this situation.”

‘SHOOT IT DOWN’: MONTANA GOP DEMAND BIDEN TAKE OUT SUSPECTED CHINESE SPY BALLOON HOVERING OVER US FOR DAYS

“Shoot. It. Down. The Chinese spy balloon is clear provocation. In Montana we do not bow. We shoot it down. Take the shot,” Rep. Ryan Zinke, R-Mont., a former Navy SEAL, tweeted urgently on Thursday.

A balloon flies in the sky over Billings, Montana, Feb. 1, 2023 in this picture obtained from social media.
(Chase Doak/via Reuters)

“The fact that this balloon was occupying Montana airspace creates significant concern that Malmstrom Air Force Base (AFB) and the United States’ intercontinental ballistic missile (ICBM) fields are the targets of this intelligence gathering mission,” Daines wrote in a letter to Austin amid growing concerns over the balloon.

The People’s Republic of China confirmed Friday that the balloon craft floating over Montana is Chinese.

“The airship is from China. It is a civilian airship used for research, mainly meteorological, purposes,” a Chinese Foreign Ministry spokesperson confirmed Friday. “Affected by the Westerlies and with limited self-steering capability, the airship deviated far from its planned course.”

Announcing an investigation by China’s government to look into the reports of the balloon, Foreign Ministry spokesperson Mao Ning said Friday during a daily briefing that “China is a responsible country and has always strictly abided by international laws, and China has no intention to violate the territory and airspace of any sovereign countries.”

She also urged U.S. officials and Chinese authorities to proceed “calmly and carefully” amid the investigation. 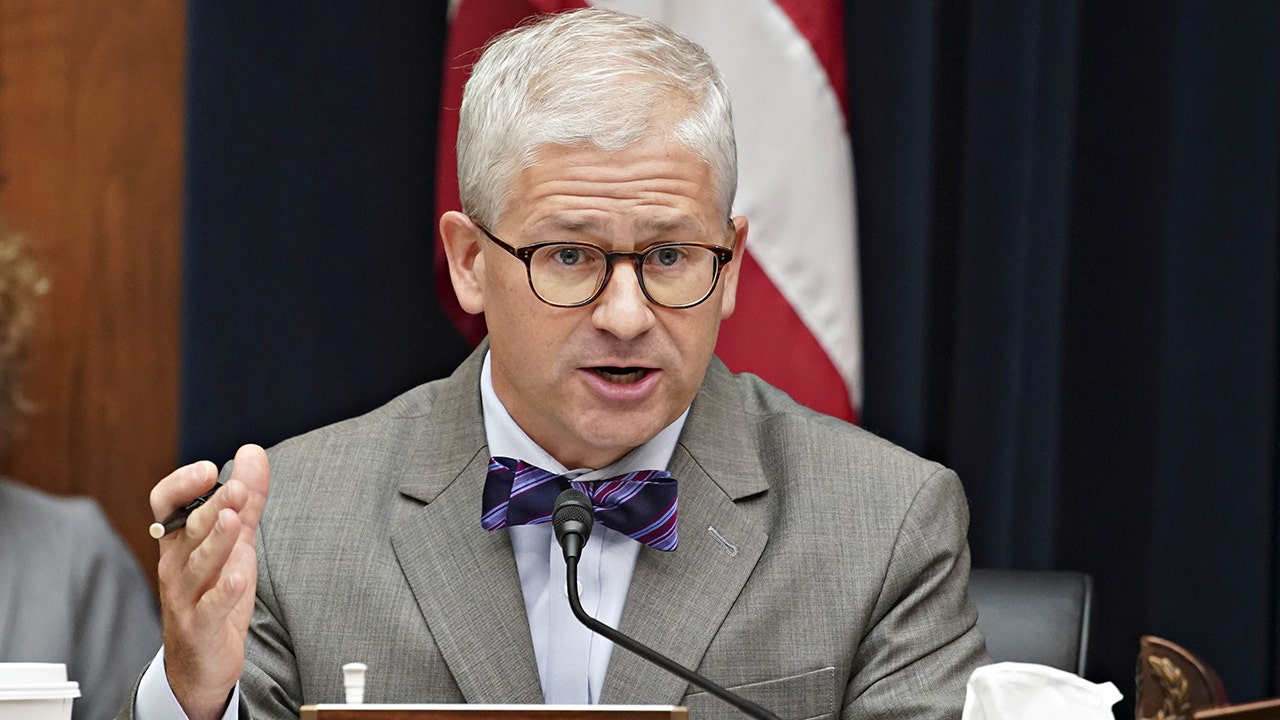 EXCLUSIVE: Republican leaders on the House Financial Services Committee are creating a first-of-its-kind task force to coordinate their response to various proposals related to the environmental, social and governance (ESG) movement.

“Progressives are trying to do with American businesses what they already did to our public education system—using our institutions to force their far-left ideology on the American people,” McHenry said in a statement shared with Fox News Digital. “Their latest tool in these efforts is environmental, social, and governance proposals. This is why I am creating a Republican ESG working group led by Oversight & Investigations Subcommittee Chair Bill Huizenga.”

“This group will develop a comprehensive approach to ESG that protects the financial interests of everyday investors and ensures our capital markets remain the envy of the world,” he continued. “Financial Services Committee Republicans as a whole will continue our work to expand capital formation, hold Biden’s rogue regulators accountable, and support American job creators.”

REPUBLICAN STATES ARE PLANNING AN ALL-OUT ASSAULT ON WOKE BANKS: ‘WE WON’T DO BUSINESS WITH YOU’

Rep. Patrick McHenry, R-N.C., speaks alongside fellow Republicans during a news conference on May 12, 2022.
(Ting Shen/Bloomberg via Getty Images)

According to McHenry, the working group will be focused on reining in regulatory overreach from the Securities and Exchange Commission (SEC), reinforce the materiality standard — which requires corporations to disclose key information to investors — “as a pillar” of the financial disclosure regime and hold those who misuse the proxy process that gives shareholders a saying in company decisions accountable.

The task force will ultimately organize Republican efforts to fight back against the ESG movement, educate congressmen on the issues and develop policy proposals.

“Last year, the Supreme Court ruled in West Virginia vs EPA that government bureaucracies cannot arbitrarily expand their own regulatory reach,” Huizenga said in a statement. “The SEC’s climate disclosure rule is a prime example of this overreach that would have a wide-ranging impact on hard-working Americans across all walks of life.”

“I look forward to leading our committee’s ESG working group, which will focus on promoting strong, vibrant capital markets, while defending the interests of all retail investors,” the Michigan lawmaker added.

Securities and Exchange Commission Chairman Gary Gensler has led the charge on a climate disclosure rule that Republicans have characterized as dangerous.
(Reuters/Jose Luis Magana)

The ESG movement, which has picked up steam over the last few years, broadly seeks to promote a green energy transition and left-wing social priorities through the financial sector and major corporations.

It has largely been spearheaded by massive trillion-dollar asset managers and financial institutions like BlackRock, State Street and Vanguard, which have used their large stakes in large companies to push the adoption of ESG standards. The firms often utilize their outsized influence during the proxy voting process.

The movement has also been supported by Democratic lawmakers and the Biden administration which has moved ahead with various ESG actions over the last 12 months. 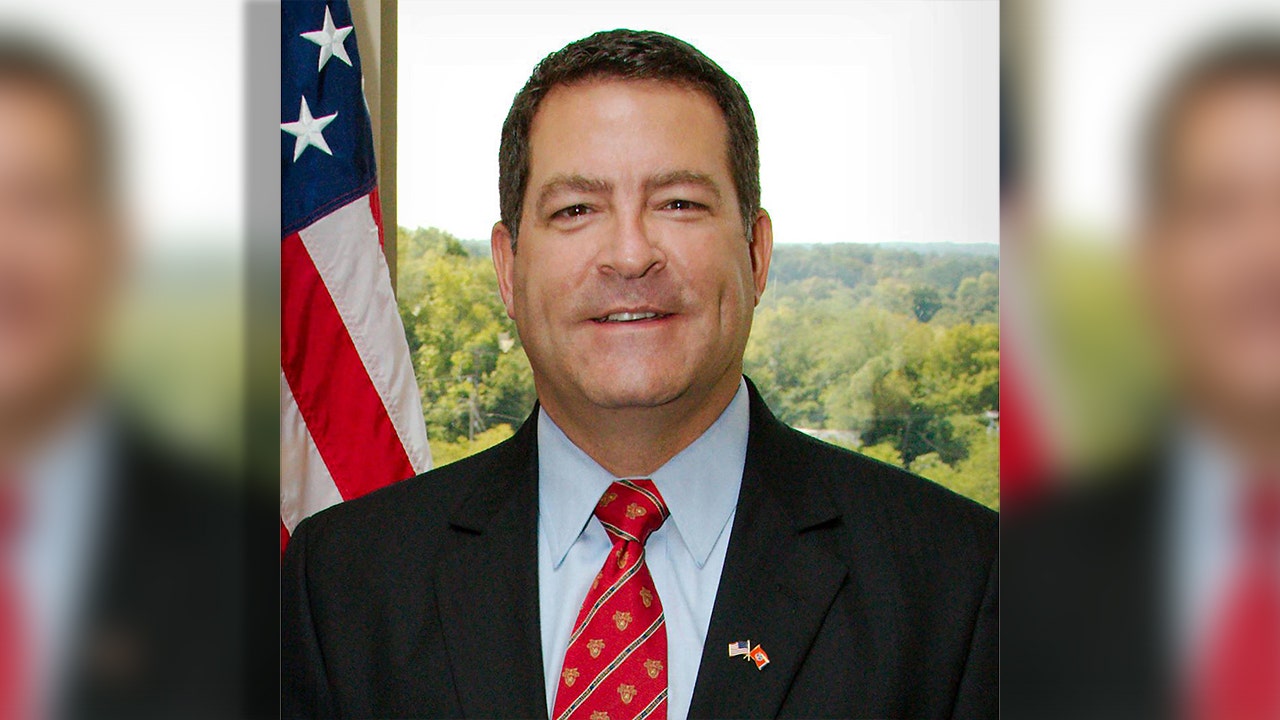 EXCLUSIVE: House Homeland Security Committee Chairman Mark Green on Friday criticized the Biden administration for failing to keep Congress informed about the discovery of a Chinese spy balloon floating above the U.S., and said his committee should have been notified by the administration instead of the media.

“The Committee on Homeland Security of the U.S. Congress — a co-equal branch of government — should not be finding out about a CCP spy balloon over Montana in the news,” Green told Fox News Digital exclusively.

Green said the Biden’s weakness toward China and other countries is only emboldening U.S. adversaries, and said the committee “cannot stand by” the Chinese Communist Party attempts to overtake the U.S.

GOP PRESSURES BLINKEN TO STAND UP TO CHINA’S XI AFTER SPY BALLOON DISCOVERED: ‘YOU MUST RAISE THIS’

“The Biden administration owes us, and the American people, answers — now! Our adversaries around the world see a weak president in Joe Biden and are testing their boundaries. Time and time again, the President has failed in countering, curbing, and competing with Beijing,” Green told Fox News Digital.

“We cannot stand by as the CCP continues to exercise threats of intimidation in an unbridled attempt to overtake the U.S.,” Green continued, promising action by the committee.

The chairman blamed the “weak” Biden administration for allowing U.S. adversaries to take such striking measures against America.
(The Associated Press)

The People’s Republic of China confirmed Friday that the balloon floating over the northern United States is Chinese.

China claimed that the airship is a civilian research craft that was blown far off course by prevailing winds, and that it regrets the incident.

“The airship is from China. It is a civilian airship used for research, mainly meteorological, purposes,” a Chinese Foreign Ministry spokesperson confirmed Friday. “Affected by the Westerlies and with limited self-steering capability, the airship deviated far from its planned course.”