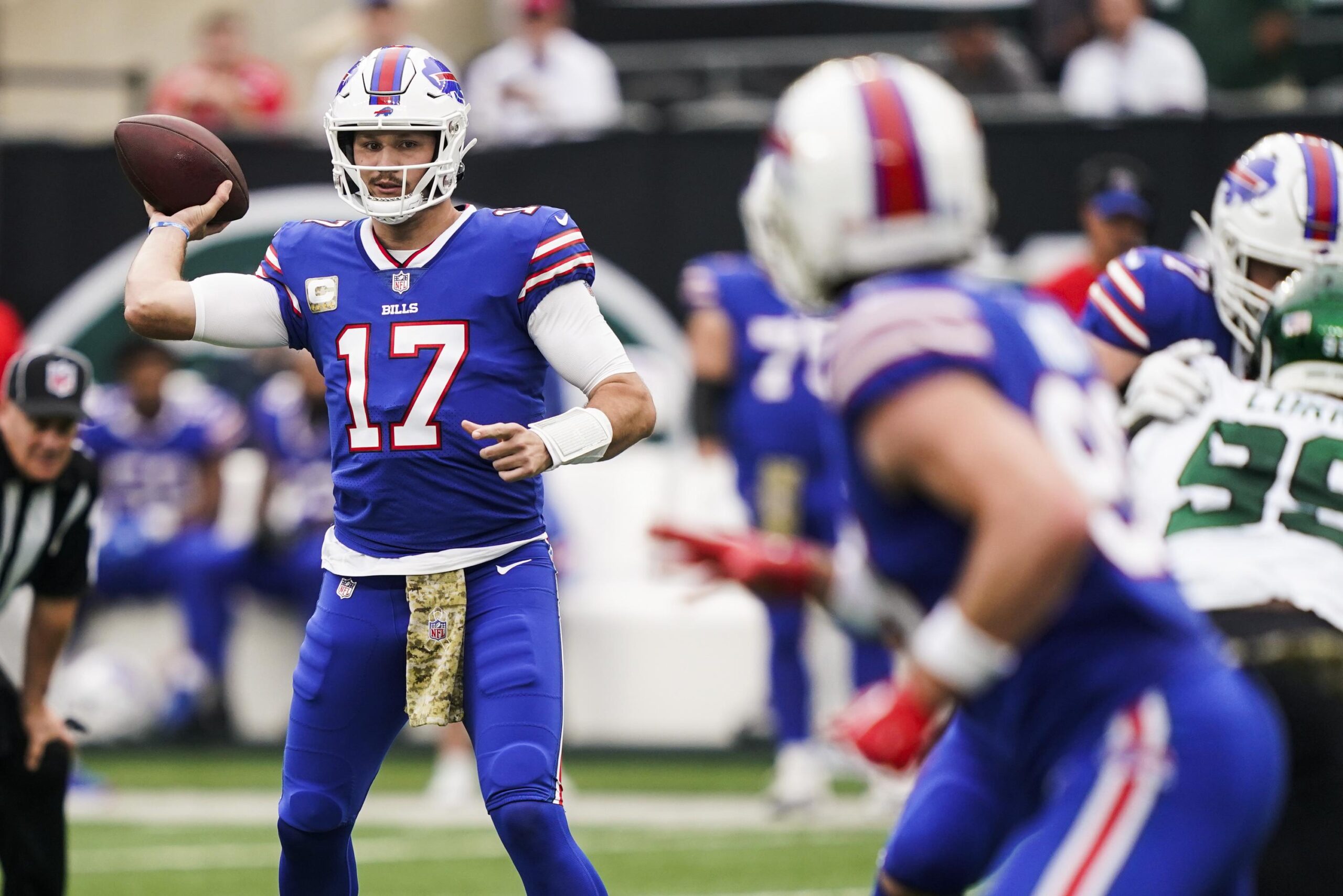 ORCHARD PARK, N.Y. (AP) — Buffalo Bills quarterback Josh Allen tested his injured throwing elbow on Friday for the first time in practice this week and is listed as questionable to play against the Minnesota Vikings on Sunday.

The Bills referred to Allen’s practice time as being limited, which is still considered a step in the right direction since he sat out the first two sessions after hurting his right elbow in the final minutes of a loss to the New York Jets last weekend.

Speaking before practice, coach Sean McDermott expected the decision on Allen’s playing status to come down to game time.

“We are literally in an hour-to-hour situation here,” McDermott said. “Just looking at how he’s going to progress through the day, and as he goes through these different tests, medically, making sure that he’s able to check the boxes in a progression to where we can see if we can proceed through the course of the day here.”

The coach then provided a vague response when asked what he needs to see from Allen in determining whether Allen can play: “That’s probably getting too far down the road at this point or into the weeds.”

McDermott added: “Respectfully, we’ve just got to continue to take it through the day here and we’ll see. Listen, I’m going to do a great job of being a listener also in terms of listening to our medical team.”

Starting middle linebacker Tremain Edmunds (groin/heel) is listed as questionable after he practiced for the first time this week on Friday, while McDermott said starting linebacker Matt Milano (oblique) “should be ready to go” after missing one game.

Allen hasn’t missed a start since sustaining a similar injury in 2018, which forced him to miss four games in his rookie season.

If he can’t go, the AFC-leading Bills (6-2) would turn over the NFL’s top-ranked offense in yards gained to journeyman backup Case Keenum. He’s a 10-year veteran who enjoyed his best season playing for the Vikings in 2017, when he went 11-3.

“Case is a true pro and we have all the confidence in Case and Matt Barkley for that matter,” McDermott said, referring to Buffalo’s two veteran backups. ”(Keenum) has earned all the respect in the world around here. And and I know he’ll be ready if called upon.”

Timme’s 22 lead No. 2 Zags past Spartans on carrier deck

Click out as Astros GM 6 days after winning World Series