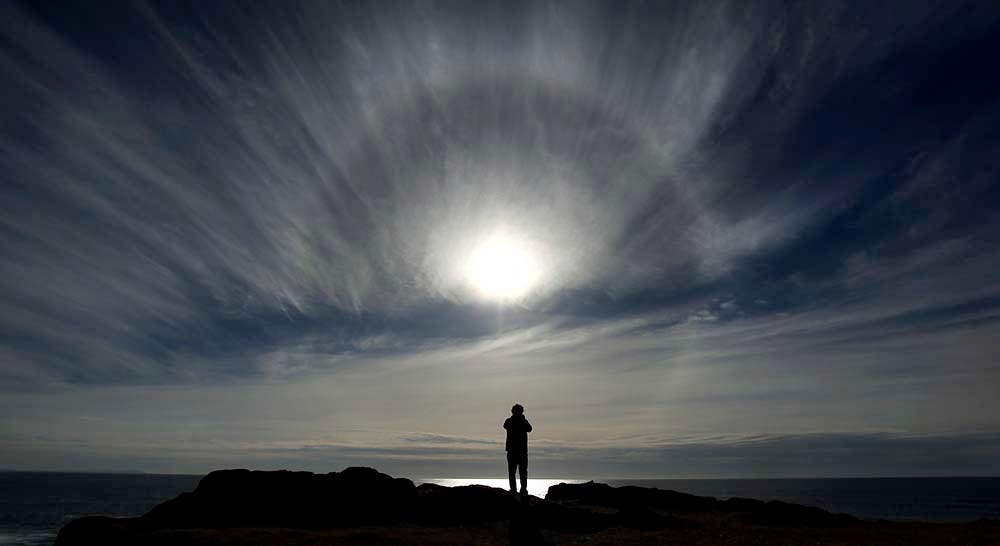 “For the wages of sin is death; but the free gift of God is eternal life in Christ Jesus our Lord” (Romans 6:23).

This Bible verse from the New Testament ties sin with death — and everyone will die some day.

So what is this verse telling believers and what comfort can be drawn from it?

One North Carolina faith leader says there in indeed comfort and hope within this Bible verse, written by the apostle Paul in his Letter to the Romans.

BIBLE VERSE OF THE DAY: GOD OFFERS US ‘REFUGE AND SHELTER’ IN THIS OLD TESTAMENT SCRIPTURE

“Wages. Sin. Wages and sin. Why would the apostle Paul, a former rank sinner, use a financial term to explain the injurious consequences of sin?” John K. Amanchukwu Sr., associate pastor at Upper Room Church of God in Christ in Raleigh, North Carolina, told Fox News Digital by email.

Amanchukwu, who is also on faculty at Summit Ministries, which is headquartered in Manitou Springs, Colorado, said that the point the apostle Paul was trying to make is that “death is earned, death is a form of payment” — and death is a “result of a life estranged from God.”

He added, “Death is earned, but the gift of eternal life is lavishly extended to all, void of ethnicity, color and sex.”

CHRISTIAN LEADER SAYS ENOUGH WITH ‘MY TRUTH’: SOCIETY MUST RETURN TO ‘THE TRUTH’

Quoting Victorian-era British Baptist preacher Charles H. Spurgeon, Amanchukwu continued, “If you will not have death unto sin, you shall have sin unto death.”

“Death is earned, but the gift of eternal life is lavishly extended to all, void of ethnicity, color and sex,” said Amanchukwu of North Carolina.
(iStock)

Saying that God seeks to “make an exchange with mankind,” he continued that this exchange is “a transfer of hope, a payoff for our transgressions and the solidifying of our future in heavenly bliss.”

“Will you choose the wages of death or will you receive the free gift of eternal life? The latter is the gift we shouldn’t refuse,” said associate pastor Amanchukwu of North Carolina.
(AP2010)

He added, “The words of the late Rev. Billy Graham also come to mind.”

BIBLE VERSE OF THE DAY: GOD WILL WIPE AWAY EVERY TEAR, SCRIPTURE PROMISES

“He [Graham] said, ‘The very purpose of Christ’s coming into the world was that he might offer up his life as a sacrifice for the sins of men. He came to die. This is the heart of Christmas.'”

Amanchukwu continued, “Will you choose the wages of death or will you receive the free gift of eternal life? The latter is the gift we shouldn’t refuse.”

Stay tuned for more Bible verses of the day during the Advent season. To see yesterday’s Bible verse, click here.

Deirdre Reilly is a senior editor in lifestyle with Fox News Digital.

Groundhog Day quiz! How well do you know the facts about this unique day? 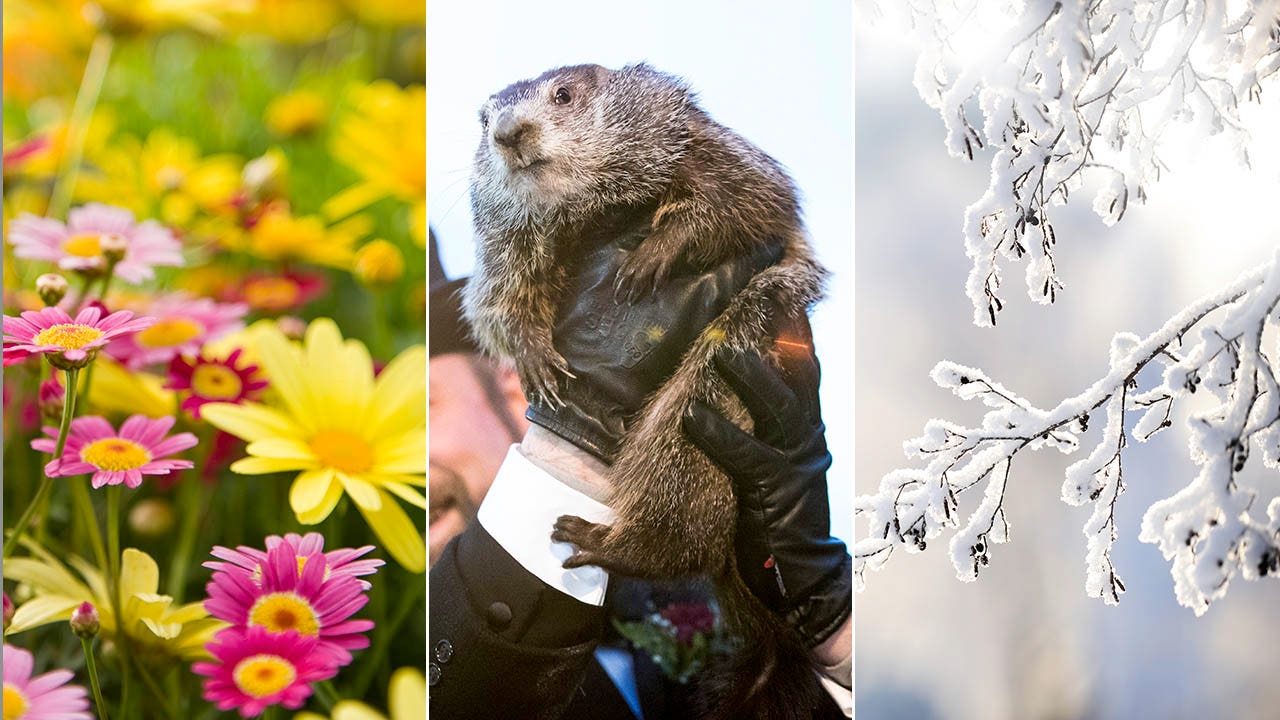 Have you taken our car quiz yet? Try it here!

How about our tree quiz? Try it here!

What about our apples quiz? Check it out! 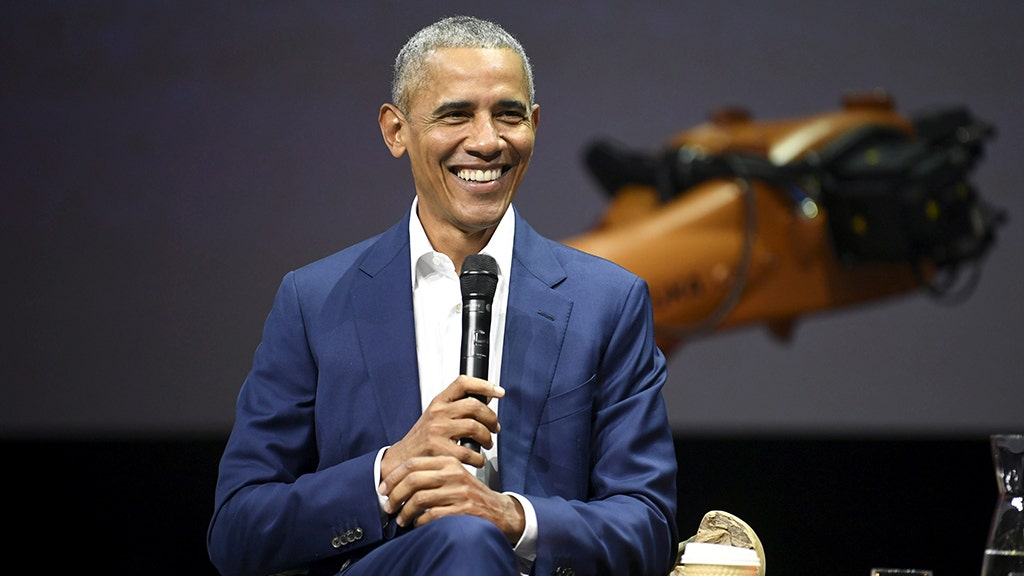 Every February, the nation celebrates Black History Month by honoring the contributions African Americans have made throughout history, while also recognizing that the fight for racial justice continues.

Previously, the theme for Black History Month was Black Health and Wellness, as outlined by the Association for the Study of African American Life and History (ASALH), which is headquartered in Washington, D.C. This year, the association has announced the month’s theme is “Black resistance” with a planned virtual festival hosted by the association throughout February.

“African Americans have resisted historic and ongoing oppression, in all forms, especially the racial terrorism of lynching, racial pogroms and police killings since our arrival upon these shores,” said the ASALH in a statement.

Jesse Jackson and others pose with copies of “Paul Robeson, the Great Forerunner” by the editors of Freedomways, 1980.
(Afro American Newspapers/Gado/Getty Images)

Scores of events across the country – in cities, communities, college campuses and more – are scheduled for this month.

1. The current population of Black and African Americans is 46.9 million, the U.S. Census Bureau reports. Also, 89.4% of African Americans age 25 and older had a high school diploma or higher in 2020, as Fox10 Phoenix reported.

2. A founder of ASALH, Carter G. Woodson, first had the idea of celebrating Black history. Woodson was born in 1875 to newly freed Virginia slaves. He later earned a Ph.D. in history from Harvard University. He worried that Black children were not being taught about their ancestors’ achievements in American schools in the early 1900s, as Fox 10 noted.

3. By the late 1960s, Negro History Week – the precursor for this month’s celebrations and events – changed into what is now known as Black History Month. In February 1969, a group of Black activist students and teachers at Kent State conducted the first celebration of Black History Month. Within a decade, Black social and cultural institutions throughout the country were celebrating the month, and by 1976, President Gerald Ford officially recognized it.

4. The month of February was picked for Black History Month because it contained the birthdays of President Abraham Lincoln and Frederick Douglass. Lincoln was born on Feb. 12, and Douglass, a former slave who did not know his precise birthday, celebrated his date of birth on Feb. 14, Fox 10 also noted.

5. ASALH has celebrated Negro History Week and Black History Month for 96 years. Woodson, along with the association, announced in 1926 that the second week of February would commemorate the achievements of Black Americans. Initially, prominent Black leaders and newspapers supported the idea, and some education centers along the East Coast observed the monthly celebration.

6. Fifty years after the first celebrations, President Gerald R. Ford officially recognized Black History Month at the country’s 1976 bicentennial. Ford called on Americans to “seize the opportunity to honor the too-often neglected accomplishments of Black Americans in every area of endeavor throughout our history,” as History.com noted.

WORDS MY UNCLE, MARTIN LUTHER KING JR., WOULD SHARE IN OUR TROUBLED TIMES

7. Forty years after Ford’s recognition of Black History Month, President Barack Obama delivered this message, in part, from the White House: “Black History Month shouldn’t be treated as though it is somehow separate from our collective American history or somehow just boiled down to a compilation of greatest hits from the March on Washington or from some of our sports heroes… It’s about the lived, shared experience of all African Americans.”

8. Canada also commemorates Black History Month in February. Although Black Canadians are approximately 3.5% of the country’s total population, community leaders and activists still celebrate the historical achievements of the Black community. Canadian politicians Jean Augustine and Donald Oliver were instrumental in getting Black History Month officially recognized in the country by 2008.

9. At the time of Negro History Week’s launch in 1926, Woodson believed the teaching of Black history was key to the physical and intellectual survival of the race: “If a race has no history, it has no worthwhile tradition, it becomes a negligible factor in the thought of the world, and it stands in danger of being exterminated,” he said in part, as the Journal of Negro History reported.

GET THE FOX NEWS APP HERE

10. The 2023 theme for Black History Month is resistance; past themes have included Black health and wellness, family, migration and Black women in American culture and history, among others. 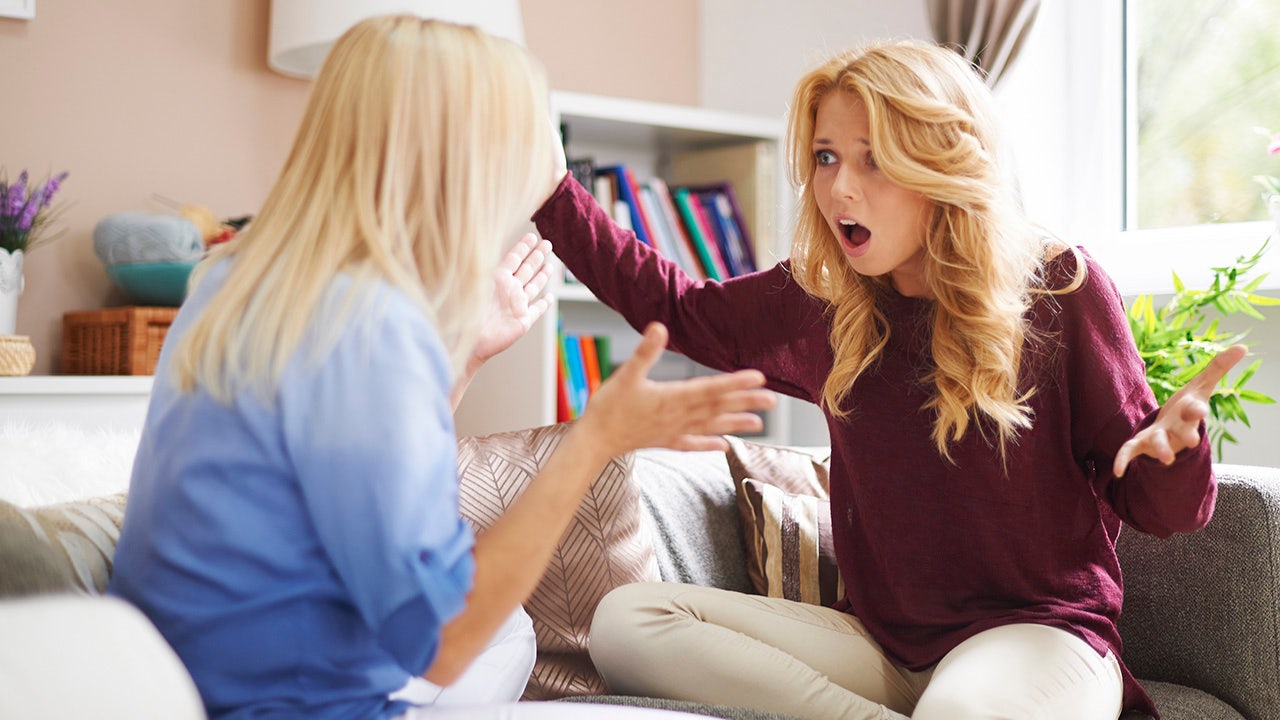 A Reddit user sought advice from others on whether it was OK or not for her to ask her adult daughter to split the rent with her.

Reddit user “throwaway_dating224” posted on the “Am I the A*****e” (AITA) subreddit on Jan. 30 asking if she was in the wrong for wanting her live-in 25-year-old daughter to pay part of the house rent payment.

The user said her daughter moved into her home in 2019 while she was attending college.

It’s unclear from the post whether the daughter had moved out, then moved back in; but the daughter has since graduated from college and gotten a paying job, although not enough to move out on her own.

“I have asked her to split the cost of rent and utilities in half with me … and [she] doesn’t consider it fair,” the user wrote.

The Reddit user said her daughter (not pictured) does not want to pay rent to her mom for her share of the home — claiming she’s either saving for her own extended education or a down payment on a house.
(iStock)

The poster said her daughter does not want to live with her and has told her that she’s saving money for continued education or a down payment on a house.

The mother and daughter live in an area with a high cost of living, the Redditor said — but their rent is below average for the area.

Additionally, the mother said her daughter refuses to invite guests to the house, as she is “embarrassed at the state of the house,” repeatedly asking her mother to get rid of items in the home to make space for more of her things.

REDDIT USER SAYS HE CONTACTED HIS WIFE’S BOSS ABOUT HER LONG WORK HOURS, PUTTING HIM IN THE ‘DOGHOUSE’

The mother claims she tends to be tired after work and finds it hard to clean up after herself once she’s back home.

The daughter (not pictured) claims her mother does not pick up around the house and that there’s no room for all of her things, the Redditor wrote in her Jan. 30 post detailing a family standoff.
(iStock)

The Redditor ultimately wanted to know if it’s OK to ask her daughter to split the rent costs 50-50.

An expert weighs in

This scenario is an example of a classic power struggle between a child and a parent, California-based parenting expert Stef Tousignant told Fox News Digital.

As a parent, there are three choices for how to approach this situation, Tousignant, a parenting expert for Parentdifferently.com, said.

“Use your power to force or coerce, give in and let your child dictate the complete outcome — or use love, empathy and patience to come up with a solution with your child,” she also said.

ANNOYING PEOPLE SAY THESE 75 THINGS, ACCORDING TO REDDIT USERS

The daughter in this situation is aware of the consequences of her actions as well as the concept of personal boundaries, said Tousignant, who recommended that the mother and daughter have a civil conversation.

“Why should she pay half when the home is filled with all [of] your things?”

The mother and daughter (not pictured) each need to “come to the table” with key points to make in a conversation, said California-based parenting expert Stef Tousignant.
(iStock)

“Why should she pay half when the home is filled with all [of] your things?” one commenter wrote, addressing the mother.

Another user commented to the mom, “Why are you too tired to move your stuff but not too tired to cash your daughter’s checks?”

On the other hand, some users agree that the daughter should be pitching in and helping with expenses — but maybe not at a 50-50 split.

“Charging her rent? Fine, no problem there,” one Reddit user responded.

“But if she doesn’t have … use of half the space in the home yet, then remedy that before you charge her or adjust the rent [percentage] accordingly,” the same user added.

How to send Valentines to kids in hospitals, nursing home residents and more

Hunter Biden’s lawyers demand criminal probe into laptop leakers, Giuliani and others, admit laptop is his